Some dogs like to play ball. Some dogs just like to watch. The watch dogs can get their fill this season with the Washington Nationals and the Bowie Baysox. (Hey O’s, what’s up with you?)

Pups in the Park – Washington Nationals

The Washington Nationals has brought back--by 'pup-ular' demand, its series of ball games where pooches are welcome.

Mutt Mondays at the Baysox!

The Bowie Baysox are going to the dogs...literally! Every Monday night home game during the 2013 Bowie Baysox season is Mutt Monday!

Spend a little quality time with your pup and the whole family at an exciting Baysox game! Dogs will have a howlin' good time seeing the hometown team hit some home runs and round the bases against their Eastern League opponents.

This was listed today in Gone 2 the Dogs Lost Pet Networking on Tuesday, April 18. 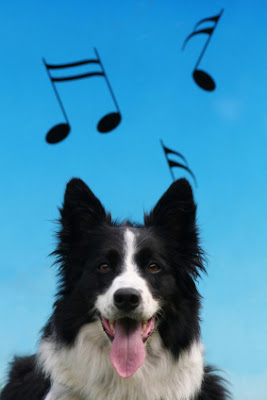 Those nice people at the Columbia Association (CA) have invited dog lovers and their pooches to enjoy live concerts by the lake every week through June!

Lakefront Lunchtime Concerts will occur on Wednesdays from noon to 2 pm, at Lake Kittamaqundi, running from May 1 thru June 26.

The musical line-up represents a wide variety of musical styles, including rock, folk and jazz. Check the flier for a full list and details.

The Lakefront Wednesdays lunchtime concert series is part of CA’s welcome initiative to help new and current residents learn more about Columbia’s history and vision and encourage them to become involved in their community. 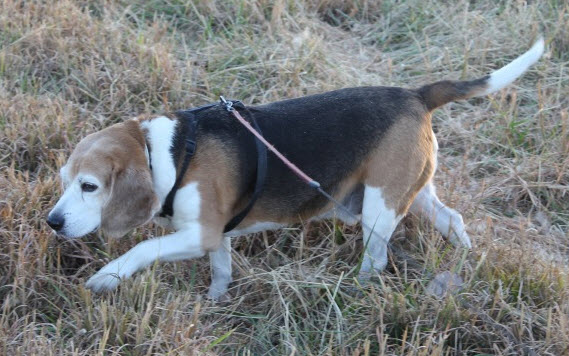 Name that snake! And keep your dog safe

I found this tiny guy on the pathway behind our house yesterday and posted its picture on the CDOG Facebook page to get comments on identification. I've become more snake-aware since a friend's dog was bitten by a rattlesnake a year ago and needed emergency treatment. I want to be able to identify different types so I could keep my dogs at a safe distance--or know how serious a bite might be should one happen.

This baby snake was very, very little. I almost missed it. But when I leaned in with my nearsighted eyes for a closer look, he reacted with a big-snake get-out-of-my-face attitude.

The first response on Facebook was: "My dog ate one just yesterday!" Whoa! I wasn't expecting that! But, of course, there's no accounting for taste when it comes to dogs.

One person called it a brown snake. Another said it was a "don't touch me I'm icky" snake, while another said "Eastern garter." After doing a little research on the Maryland Department of Natural Resources site, I concluded that the winner was garter--with a nod to "icky". While not venomous, the Eastern garter snake is "a fairly aggressive snake" that readily strikes and bites, according to the DNR. If handled, it will release a foul-smelling (i.e., "icky") musk. Allergic reactions to bites have been reported. "Best policy in general," said Chuckie, ". . .  avoid."

Jamie, whose dog ate the "snake snack" said that it was definitely a garter snake and that she had dogs who ate much bigger snakes too. Her main concern was that her dog was not scared of the snake, and would just as easily go after a venomous snake.

Are they toxic if eaten? From what I can tell, eating a garter snake may not in itself be dangerous to a dog. However, one person cautioned that snakes eat toads, and toads are very toxic to dogs. So if your dog eats a sort of "toad-ducken", i.e., a toad contained inside a snake, it could be a problem.

The cicadas are coming! What will our dogs do?

The media are all a-buzz (no pun intended) about the 17-year cicada emergence that is due any time from now until mid-May. Billions of cicadas will overwhelm us with a deafening sound the likes of which, they tell us, we haven't heard since Bill Clinton was in office. (Um. That paraphrasing didn't come out right. Sorry, Bill.)

So, my first thought was: "Wow, what will the dogs do?"

My second thought was: "Riley will EAT them. He eats everything."

But my third thought was: "Hey, wait a minute. This doesn't add up." I distinctly remember Riley encountering (but not eating) masses of cicadas, and he's not 17. And I also distinctly remember a big cicada emergence in 1987, the year before my daughter was born, and again when she was 16--which would be 2004.

So I did a little research and found that there are all kinds of "broods" of 17-year and 13-year cicadas. In 1987 and 2004, we had Brood X (10), a 17-year variety that is known as the "Great Eastern Brood" (says Wikipedia) and is the largest of them all. And their arrival truly is an experience you are not likely to forget. But those buggers aren't due back until 2021. (I have to admit--I actually grew a little fond of those clumsy, goofy little guys.)

The brood emerging this year is Brood II (2), which last came out in 1996. And, frankly, that year is not sticking in my head like the others. So I doubt that this will be as much of a phenomenon as we might be led to believe. And that's just fine.

But . . . my original purpose in writing this was to talk about dog-cicada interactions. The cicadas happen to be a great food boon for a lot of animals, and dogs have been known to snack on them. Actually, even people eat them. The WBAL story says they have a "delicate, nutty flavor, and a buttery texture."  People apparently enjoy them boiled, baked, stir-fried and dipped in chocolate. (I really didn't mean to tell you that. Sorry.)

Long story short, the cicadas themselves are not toxic. But a dog that eats too many might have trouble digesting the tough skins and could get an intestinal blockage, or could choke on a body part. And just like people, some dogs can get allergic reactions.

So I for one will not panic if Riley nibbles on just one. But I will definitely lecture him about moderation.

OK, so I look like a nut--at least to some. All of the other strollers of Columbia contain cute infants of the human species while mine has, well, Riley--my 13-year-old pooch.

Why a stroller? Riley has actually been walking at least a mile a day at a fairly normal pace. But with his age and recent health problems (pancreatitis, liver issues), he was finding it especially hard to get started and would mostly just refuse to go at all. Also, he occasionally gets a spasm that causes a stiffening in his back legs for a few minutes, and I need to carry him until it resolves. After a while, I sort of gave up trying to coax him to go on walks and started taking just Cody, who at 9 still loves to run for a bit. But leaving Riley at home did not feel right--to me or to him. I'm told he wailed the whole time we were gone.

There really was no good reason to deny Riley the great outdoors if there was an option available to take him out. That option was an inexpensive pet stroller from Amazon--the Blue Posh Pet Stroller--$34.95. Not a big investment, so it's not top of the line. But it's not bad. It's very lightweight. It folds nicely. It has a cover and sun shield if you need it, 2 cup holders, and a compartment to store a few things--like a phone and poop bags. The Amazon reviews were very good. This set of wheels apparently improved the quality of life for a good many pets with mobility issues.

So here's the 2-mile routine we've been doing almost every day along the Kings Contrivance pathways. I do exactly one mile with Riley in the stroller and with Cody running alongside on the leash. We go up and down the hills at a fairly brisk consistent pace--something that at least feels like a cardiovascular benefit. It's good for the soul too. It's a pretty trail that we've enjoyed for the 25+ years that we've lived here. It runs through the woods and mostly follows the river, with a little pond (with herons, ducks and kingfishers) and 3 tot lots tucked in along the way. We see a lot of regulars every day--jogging and walking, and lots of other dogs.

When we reach our destination tot lot at exactly one mile, we relax for a while. Then Riley is ready to walk back home. He does this in a surprisingly perky manner--though we still move much more slowly than we did on the first part of the walk. I push the empty stroller back the whole way, ready to put Riley back in if he seems fatigued or stressed in any way. And, of course, both dogs get plenty of time for sniffing and doing what dogs do.

Only one woman has cracked up laughing at the sight of us. (Sheesh.) Most people respond positively, if at all, especially those who have had an older dog or had to carry a dog for a bit. So we'll keep doing this. The exercise and fresh air has been good for all of us.

Oh, and by the way, thank you, Columbia, for these pathways! The trails are so smooth and clean that you can really get some decent momentum going with a stroller--unlike our experience on the sidewalk where we bump along over cracks and uneven pavement. (There are no shock absorbers in the Blue Posh. Poor Riley.) Thankfully, it's just a short ride on the sidewalk until we get to the trail. Love those trails!

Columbia Dog Talk is the blog of Columbia Dogs on the Go, a community of dog lovers in and near Columbia, Maryland. We explore dog-friendly activities, walking trails, places to eat, and other fun things in our area. Learn more on our website. Join our Meetup!

Columbia Dog Talk posts have been featured on Petrocracy